What is natural ventilation? 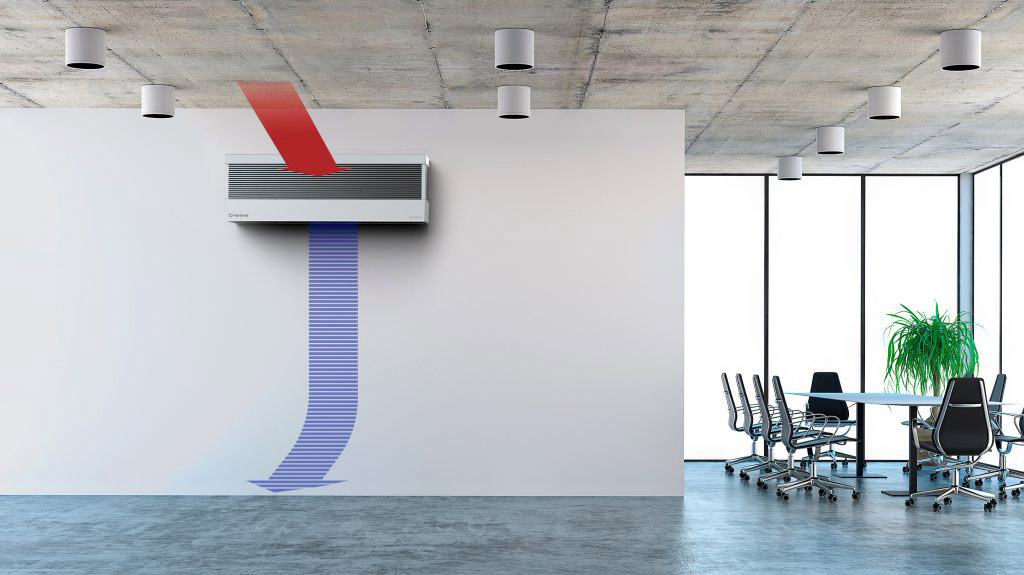 Natural ventilation is a method of supplying fresh air to a building or room by means of passive forces, typically by wind speed or differences in pressure internally and externally.

BB101 states that designers must consider a passive approach to ventilation that designs out the need for mechanically operated systems. In fact, the Carbon Trust found that buildings with natural ventilation save an average of £30,000 per year.

Buildings that work for you

The RIBA estimates that schools spend more than £150m per year to heat and ventilate empty buildings, mostly due to complex building management systems that facilities managers have been unable to operate correctly. Instead of wasting money on buildings, wouldn’t it be better if our buildings worked for us? That is the true beauty of natural ventilation. Take for example a typical school classroom with 20 students. Every one of those emits heat, by exhaling air as well as the normal running around and disobedience one can expect from a schoolchild. We can safely assume that each one produces 70W of heat. Across 6 hours of occupancy in a typical day, that adds up to a lot of energy waste if it just passes through the ventilation system and is allowed to dissipate outside. However the thermal energy can be recovered during extraction to dramatically reduce heat loss. Ventive employs a patented technique called Passive Ventilation with Heat Recovery (PVHR™) that is the most effective way of recovering heat from exhaust air without mixing air supplies.

The Climate Change Act in 2008 aims to reduce greenhouse gas emissions for the year 2050 by at least 80% from the 1990 baseline. As a pathway to this, the current strategy calls for a 50% reduction of emissions between today and 2032. Ventilation accounts for just over 25% of non-industrial energy use, as does heating, giving a lot of room for improvement in this area to cut down on harmful carbon emissions. Ventive products are carbon negative, recovering heat at either zero or minimal energy cost to greatly help with building emission rates and energy bills. Long term testing has shown a 72% reduction in heat loss is achieved, adding up to 1,500kWh saved per unit.

During warmer months, rooms can suffer from a build-up of heat over a period of time due to high external temperatures and solar gain. If a heatwave lasts a matter of weeks, as it did this summer, the problem intensifies unless there is an effective way of cooling. All indicators show our climate is getting warmer, so this is an issue that will become increasingly prevalent over the next 20 years and beyond.

Night cooling mitigates the compound build-up of temperatures, particularly for heat islands, and removes the possibility of rooms becoming unbearable. The only problem is that in the past, overnight ventilation has been expensive (running a fan overnight) or risky (leaving windows open). A RIBA report has shown many facilities managers disable night-time cooling mechanisms because of concerns about security and complex controls that make them difficult to manage. An elegant solution is to engage in purge ventilation using a wall-mounted louvre and ceiling-mounted vent. Pumping cooled air into a room via the louvre gives buoyancy to the warmer air, allowing it to exit through the ceiling and rapidly cool the room in a secure manner, without the risk of unwanted intruders or rainfall.

Early tests with the Ventive Windhive have shown performance at up to 4 air changes per hour (ACH), reducing temperatures by up to 10°C each night. This ensures that classrooms are pre-cooled in the morning, providing an optimal learning environment.

In a wide-ranging series of POE interviews, the RIBA discovered four school case studies that had more meticulous approaches to integrated passive design that minimised and simplified the reliance on active building services and controls. These reported less variation from anticipated performance and better manageability.

Natural ventilation systems are preferred because they are easier and cheaper to install and maintain, meaning there is less risk of under-optimisation and less downtime for repairs. Ventive systems are plug and play, set up to operate and begin saving energy from the minute they are commissioned on site.

Your environment plays an influential role in productivity. UCL researchers have found that increasing ventilation rates from 5 litres per second per person (l/s/p) to 10 l/s/p is associated with a 4% improvement in academic performance. Ventive systems are capable of delivering 200 litres of fresh air per second into classrooms, ensuring occupants are alert and productive.